Kids in Love is a coming of age story from Ealing Studios, following Jack (Will Poulter – The Revenant, Maze Runner, The Chronicles of Narnia) as he rallies against the future his parents have planned for him, and makes new friends including Viola (Cara Delevingne – Anna Karenina, Pan) and Evelyn (Alma Jodorowsky – Blue is the Warmest Colour).  The film was released in cinemas in 2016.

The folk and indie inflected soundtrack was recorded at RAK studios in London.

Apart from a string quartet, Rael performs all the instruments in the score – Guitars, Bass, Cittern, Accordion, Piano, Autoharp, Drums and assorted Percussion. 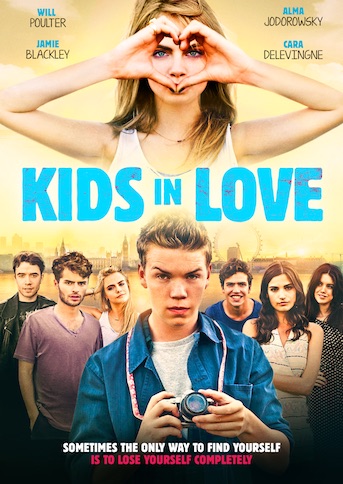